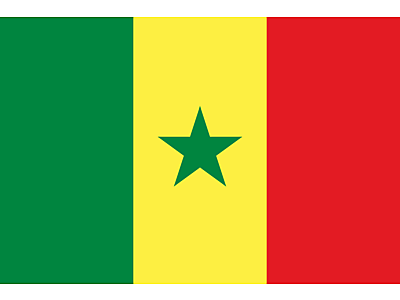 As president, Senghor maintained collaboration internally with Muslim religious leaders and externally with France, which continued to provide economic, technical, and military support. The economy, however, remained vulnerable both to fluctuations in world prices for peanuts and phosphates and to the Sahelian droughts, and the government found it increasingly difficult to satisfy the expectations of the working class and of a rapidly growing student body. Although Senegal remained more tolerant and pluralist than many African states, there were encroachments on political freedoms. In 1976, however, Senghor authorized the formation of two opposition parties; Abdou Diouf, to whom he transmitted presidential power in January 1981, tentatively extended these freedoms.

Under Diouf the Socialist Party (PS) maintained Senghor’s alliance with the Muslim hierarchies. When the PS secured more than 80 percent of the votes in the 1983 elections, there were complaints of unfair practice, and the eight deputies returned by the Senegalese Democratic Party (PDS) of Abdoulaye Wade initially refused to take their seats. Nevertheless, the framework of parliamentary democracy survived the continuing economic stringency of the 1980s. In 1988 Diouf’s presidential majority dropped to 73 percent, and the PDS won 17 of the 120 parliamentary seats. Charges of inequity and fraud, and considerable violence, were followed by the declaration of a state of emergency. Wade was imprisoned but was subsequently pardoned.

Diouf found it increasingly difficult to meet prescriptions for economic adjustment while trying to contain social and ethnic pressures caused by falling export values, rising costs of living, and mounting unemployment. The proclamation in 1981 of the Senegambian confederation, established after Senegalese troops marched into The Gambia to crush a military coup, was abrogated in 1989. That same year a long-standing border dispute between Senegal and Mauritaniaerupted into serious ethnic violence; several hundred Senegalese were massacred in Mauritania, and both countries expelled tens of thousands of expatriates. Senegalese merchants took over many of the businesses previously owned and operated by Mauritanians in Senegal. Tensions have remained high ever since, despite an agreement in April 1992 between the two countries to restore diplomatic relations. In 2000 tensions were further heightened over the issue of Sénégal River usage rights; violence was averted when the Senegalese government abandoned a controversial irrigation plan.

Generally peaceful elections in 1993 resulted in victory for Diouf and the PS. The French decision in 1994 to devalue the African franc by 50 percent negatively affected the Senegalese economy and sparked the most-serious uprisings in the country in years, led by dissatisfied urban youths. The government quickly crushed the demonstrations and arrested hundreds. The difficult economic conditions continued, exacerbated by periodic droughts and inflation. Despite the economic problems, however, the Diouf regime retained the support of the powerful Muslim leadership in the country, and the PS won legislative elections again in 1998, although opposition parties did make some gains, especially in the urban Dakar region. Wade finally won the presidency in March 2000, marking the first time since the country’s independence that a presidential candidate was elected from a party other than the PS. Wade’s victory also ushered in a peaceful and democratic transfer of power, a significant event on the African continent. He was reelected in 2007.

Initially, Wade drew wide support from a coalition of opposition parties, and in the 2001 legislative elections Wade’s coalition scored a decisive victory. Also, a new constitution that he promoted was overwhelmingly approved by voters that year. As time went on, however, dissatisfaction with Wade’s performance grew, as many were frustrated by the lack of progress in dealing with the country’s infrastructure problems and the rising cost of living. Many people were also unhappy with the 164-foot (50-metre) bronze statue that Wade had commissioned, which was unveiled in April 2010 as Senegal celebrated its 50th independence anniversary. The seminude figures of the statue offended many in the predominantly Muslim country, and the $27 million cost was an especially bitter pill to swallow when so many Senegalese were struggling.

A 164-foot (50-metre) bronze statue of a man, woman, and child—intended as a monument to Africa's renaissance—was unveiled in Dakar, Senegal, in April 2010 as part of the celebration of the 50th anniversary of Senegal's independence from France. Rebecca Blackwell/AP

The run-up to the February 2012 presidential election was rife with discord. In June 2011 Wade proposed that the percentage necessary to avoid a runoff in a presidential election be reduced from 50 percent to 25 percent, which would make it easier for a candidate to be elected without a majority of the vote. The proposal was met with criticism and spawned several violent protests; Wade withdrew the proposal later that month. A proposal to create the position of an elected vice president and to allow the presidential and vice presidential candidates to run on the same ticket evoked criticism as well and was also dropped. Another significant source of preelection discord was Wade’s intention to stand in the 2012 election, despite the fact that the 2001 constitution limited presidents to two terms. Since Wade had been elected a year prior to the promulgation of the 2001 constitution, he maintained that the two-term limit should not be applied retroactively to include his first term. The issue was debated by the country’s Constitutional Council, which in late January 2012 declared that Wade’s bid for a third term was valid. The council also rejected the candidacy of presidential aspirant Youssou N’Dour, an internationally known musician and popular figure in Senegal. News of the council’s decisions, particularly that which allowed Wade to run for a third term, drew much domestic and international criticism and resulted in large demonstrations of protest in Dakar and elsewhere in the country.

Senegalese voters cast their ballots on February 26, 2012, choosing from more than a dozen presidential candidates. Wade received the most votes, taking 34.82 percent; his nearest challenger, former prime minister Macky Sall, won 26.57 percent. A runoff election between Wade and Sall was held on March 25. Early results indicated a clear victory for Sall, and Wade conceded defeat later that night. Sall had won about 66 percent of the vote and was inaugurated on April 2, 2012.

In 2016 Sall proposed several changes to the constitution, which included reducing the presidential term from seven years to five years, limiting a president to two terms in office, and expanding the mandateof the National Assembly. He presented his proposals to the Constitutional Council, which rejected the proposal for Sall’s current term as president to be reduced. The other suggested changes were put to a referendum vote, held on March 20, 2016. More than 60 percent of the voters cast their ballot in favour of the proposed changes.

A long-standing challenge to the Senegalese government was the conflict in Casamance, the southern area physically isolated from the rest of the country by The Gambia. Since 1982 a rebel group, primarily based in the Diola areas, had been fighting for independence, and many people died as a result of the fighting. The Senegalese government refused to negotiate with the rebels, and a 1998 attempted military coup in neighbouring Guinea-Bissau, which involved guerrillas from Casamance, was repressed by government troops and led to renewed violence in the area. The leader of the main rebel forces declared the war over in 2003, and a peace agreement was signed in 2004, but some rebel factions continued to fight. After Sall took office in 2012, he renewed government peace talks with the rebels, and in 2014 one faction declared a unilateral cease-fire in support of the ongoing talks.

Often overlooked as a holiday destination, sun-kissed Senegal has a few surprises up its sleeve for...