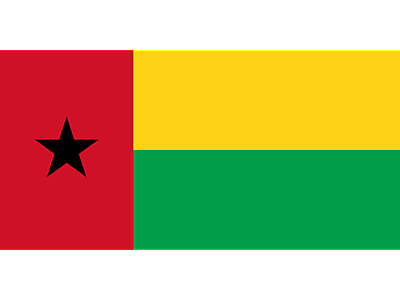 The President of the Guinea-Bissau’s Football Federation, Manuel Nascimento, says his country will vote for Morocco staging the 2026 World Cup.
The North Africans must beat a triple bid from Canada/Mexico/United States for the right to stage the event.
“I demand that our votes as Africa are solid and we should not scatter them around when voting time comes.
“The 2010 World Cup was successfully hosted in Africa. We can do it again,” Nascimento told Tidesports source.
Nascimento was recently in Morocco for last week’s inaugural Confederation of African Football (Caf) women’s football symposium.
His comments come after football’s world body Fifa relaxed its rule surrounding 2026 World Cup bids.
Fifa had said that federations could not voice public support for individual bids, but last month new guidance was issued to Fifa member associations which allowed them to back a bid if done so ethically.
Algeria’s Federation president, Kheireddine Zetchi, has also confirmed support for Morocco’s bid, while adding that they would provide help should Morocco ask for it.
Caf president Ahmad has also made it clear that the Morocco bid is a bid for all the continent.
“Africa is a family and has a solidarity culture which we must see during the voting,” said Ahmad.
The Malagasy, who has outlined his support for Morocco before, believes that many African countries do not have the sort of infrastructure that is enabling the North Africans to bid for the tournament.
“Africa has hosted the World Cup once and has continued to participate in many World Cup editions,” said Ahmad.
“So I believe this is the time we should get World Cup hosting in Africa again. I hope Morocco can win the World Cup bid for the sake of our youth.”
Last week, former Fifa president Sepp Blatter said he believed the Moroccan bid should succeed, given the ‘nightmare’ experience of co-hosting that Fifa encountered when the World Cup was jointly staged by Japan and South Korea in 2002.
Both Morocco and the Canada/Mexico/United States must submit their 2026 World Cup bid books by 16 March.
Since none of the bidding nations are eligible to vote, the number of Fifa’s member associations eligible to vote will be 207 rather than 211.

The President of the Guinea-Bissau’s Football Federation, Manuel Nascimento, says his country will...

A solar power plant with a capacity of between 20 and 30 MW is currently being planned with the...