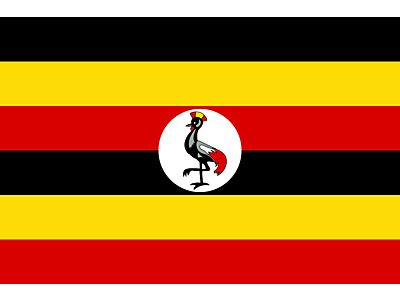 Every country in the world has an outfit that distinguishes them from people of other nationalities for example: whenever you see a man wearing a quilt, you immediately assume they are Scottish. Clothing is part of culture because it defines who people are. Uganda doesn’t have one particular national attire but Once you step on Ugandan soil, you will out rightly be informed that each ugandan belongs to a tribe hailing from different regions of the country. Now all these tribes have traditional out fits that distinguish them from one another and be sure to get well versed with some of them once you see the last period at the bottom of the article. These traditional outfits are mostly won during traditional ceremonies such as introduction parties, giveaways, coronation ceremonies and many others where it’s improper to dress up in casual clothes. First of all, you need to know them by name
Kanzu: This masculine outfit looks similar to a tunic and is mostly composed of a white or cream fabric. It’s made from silk, cotton, poplin, or linen. Linen kanzus are the most expensive. The Kanzu unlike other specific attires cuts across several tribes and almost all ugandan men wear it during cultural functions. The Kanzu has a make of a dress and the men usually wear trousers beneath it plus a coat over their shoulders to match with it. However it’s important to know that the traditional Kanzu is different from that worn by Muslim men and your shop attendant will help you figuring it out because the main difference lies in their designs.

Gomesi/Busuuti; this is the traditional dress for Baganda and Basoga women. It is believed that this dress existed way back before missionaries and Indians arrived in Uganda.The first Gomesi was made of bark cloth however today they come in materials such as silk, cotton and other fabrics. It’s a long dress that sweeps the ground with pointed outstanding, triangular-shoulder pads and square neck.It has a large mass of clothing falling on one side around the hip area. A gomesi is not a single clothing but rather one that is accompanied with several garments to make it whole like the Kikoy which is an undergarment that is worn to add weight. The other clothing is the belt that is tied in a bow-form around the waist to hold the dress and all other internal accessories together.

Omushanana. This is a female wear that has its roots in Rwanda and is usually won by the women from the western part of the country. It’s a three layer garment with a mini top usually a vest won over a wrapper skirt and shawl tied around the shoulders.

Suuti. This dress is also won by the women of western Uganda. It is very similar to the Omushanana except that the Omushanana has far more softer material than the suuti. Its common among the Banyakole, Bahima and Batooro. But however unlike the gomesi, this particular wear is not meant to touch the ground but to rather be above it. What will differentiates the Suuti’s of different tribes is how they tie the shawl for example the Banyakole throw it across one shoulder while the Batooro fix it into the armpits so you better ask which tribe your representing to know how to hold your shawl.

Grass skirts. These are usually won by the Basoga and Baganda when performing their traditional dances. They look like a string of blades of grass sewn together to create a skirt. These skirts are composed of dried elephant and palm grass that is at times painted with different colours to make it look more beautiful. The skirts are won when performing the traditional kiganda and kisoga dances usually meant to emphasise the rhythm of their bodies.

Kikoy. This is a stripped, multi-coloured piece of cloth that has cultural attachment to several tribes. One clear observation however is that even amidst the stripes, red is the most pronounced colour. The most common kikoy-design has hanging threads of its material at the side of the cloth. Some people believe that the threads are meant to guide a person on how to wear it. The Kikoyi has several importances which include; acting as the skirt for the suuti, providing shape of the gomesi. However it should be noted that in recent trends, the kikoy has also be won individually with a style that fits one’s personality.

Every tribe in Uganda has its own traditional dress code. However, the names of some of them are not common. This doesn’t mean they don’t dress up, but rather they have costumes that differentiate them from the rest for example the Acholi are known for the costumes with robust animal prints.

Where to find or Buy Gomesi, Omushanana, Kanzu, Busuti and Other Outfits;
These traditional outfits can be bought from shops in the city centre of Kampala at places like; Mukwano Arcade, Kiyembe shopping centre, Craft village and several shops around Kampala town. Something you ought to know is that unlike the other costumes that come already made for dressing, it’s not the same case with the gomesi. In order to own one, you’ve got to buy a material of your preference, then take it for measurements to a tailor who then sows it into a Gomesi.
Price. Depending on the material you want and how much your willing to spend purchasing these garments, they will cost you about shs.50,000 or more to acquire one.

Most Ugandan costumes are traditional ethnic wear often worn at special events and occasions and so you have got to know when and how one. In case you’re new to the land, people will always be quick to volunteer their help so that you get it right because of the complexity involved with most of them. With that! make an effort to try out one or all of these attires.

Ugandans are expressing their joy and heaping congratulatory messages upon long distance athlete, Joshua Kiprui Cheptegei, who on Sunday morning won the 5000m gold at the 2018 Commonwealth Games in Gold Coast, Australia.

The victory has particularly been sweeter for Ugandans who in 2017, watched as Cheptegei slipped from a commanding first place in the early laps to finish in 30th position, at the World Cross Country Championship held in Kampala, Uganda.

At the time, Cheptegei’s desperate last lap became an internet joke as Ugandans chose to laugh off their disappointment.

Since then, the 21 year old athlete has won won silver at the IAAF World Championships in London and run the world’s second fastest 15km race ever at the Seven Hills Race in Netherlands.