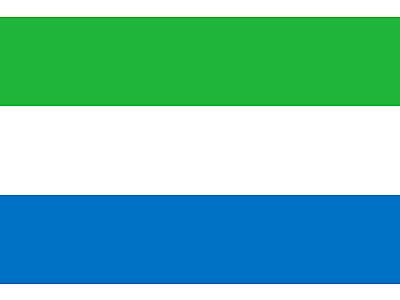 The name Sierra Leone dates back to 1462, when a Portuguese explorer sailed down the coast of West Africa. There seems some dispute whether it was the shape or climatic conditions that influenced Pedro da Cintra to come up with “Sierra Lyoa” meaning Lion Mountains.

Some say the coastal regions looked like “lion’s teeth”. Others suggest he thought the thunderstorms over the mountainous peninsula sounded like the roar of a lion. Sixteenth century English sailors called it Sierra Leoa which evolved in the 17th Century to Sierra Leone. The British officially adopted the name Sierra Leone in 1787.

In 1787, British philanthropists founded the “Province of Freedom” which later became Freetown, a British crown colony and the principal base for the suppression of the slave trade. The local name for Freetown before the Europeans came was “Romarong” meaning the place of the wailers. This name came from the sounds of the constant weeping and screaming of victims of storms and cross current disasters at the mouth of the Sierra Leone River.

In all there are 16 ethnic groups in Sierra Leone. The largest of these is the Mende, found in the Southern and Eastern Provinces. Next to them in number is the Temne in the North. The third largest group is the Limba, also in the Northern Province, followed by the Kono in the Eastern Province. There’s also the Koranko in the North as well as Yalunka, Loko, Soso, Madingo and Fula. On the coast, north and south are the Bullom and Sherbro followed by the much smaller groups of Krim, Vai, Gola, with the Kissi further inland in the Eastern Province. The Western area, including Freetown, is more mixed in population, but is basically the home of the Krio.

Sierra Leone's new president in an interview with The Associated Press is pledging to avoid the "ethnic cleansing" of clearing out government posts for his supporters.

Julius Maada Bio spoke the day after winning the West African nation's runoff election. The former opposition candidate and military leader now faces the challenge of helping the country of 7 million people recover from the devastating Ebola epidemic of 2014-2016.

The election was the fourth since Sierra Leone's brutal civil war ended in 2002, and concerns about potential divisions along ethnic, political or regional lines remain fresh.

"No Sierra Leonean should feel threatened by my ascension to power," Bio said on Thursday. "I am not going to discriminate. National cohesion is very much a part of my program."

Defeated candidate Samura Kamara has said the former ruling All Peoples Congress party intends to take "appropriate legal action" against the election results, saying they "did not reflect the will of the voters."

Any registered voter has seven days to petition the Supreme Court over the results. Bio was swiftly sworn into office before midnight on Wednesday, minutes after results were announced.

Bio told the AP that Sierra Leone should proceed with life as normal.

"Attacking anybody is not necessarily ... is not going to change the result of this election," he said.

With his win, his Sierra Leone Peoples Party takes power for the first time in a decade.

The new president now faces a parliament that is dominated by the APC party. Outgoing leader Ernest Bai Koroma with the APC had served two terms and was barred by the constitution from running again.

The election had caused tensions in Sierra Leone as a member of the then-ruling party filed a legal challenge to the results of the first round of voting and a temporary injunction was issued, stalling preparations. The high court later lifted the injunction but the runoff vote was delayed by a few days. The opposition under Bio called the court challenge a delaying tactic.

"It has been a very difficult journey to get here," Bio said.

The way ahead won't be easy, either, he added. People will need to be convinced that he means what he says about unity and a lack of favoritism in government.

He acknowledged that his background as military leader also has caused some skepticism among Sierra Leoneans, but he remained optimistic.

"I remember when (former U.S. President John F.) Kennedy said he will land a human being on the moon, everybody said he was dreaming. When I said I will come back to the statehouse using the ballots, everybody said, 'You only know bullets.' So, it's a dream come true."