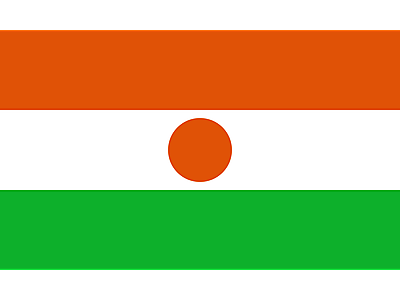 What Languages Are Spoken In Niger?

Niger is a vast west-African country with a population of about 19 million residents. The country has at least 20 indigenous languages with most of the languages being closely related. Some linguists merge the languages to make eight major languages. Niger was a former French colony, and after gaining independence, the country retained French as the official language in the country. The country also has ten national languages.

Hausa is one of the ten national languages in Niger and is also the most popular native language in the country. Hausa is classified as a West Chadic language of the Afro-Asiatic language family. There are about 30 million Hausa native speakers in West Africa with another 20 million people using the language as a second language. Due to the widespread use of Hausa, the language is used as a lingua franca in much of western Africa. The majority of the native speakers of the Hausa language are members of the Hausa ethnic group in Niger. There are several dialects of the Hausa language in Niger which are all geographically defined. These dialects include Kurhwayanci, Daragaram, Aderawa, Arawci, and Arewa.

The Songhai language is a collective term of closely related languages of the Nilo-Saharan language family. These languages include the Zarma language, the Gadal language, and the Tasawaq language. Zarma is the most popular language of the Songhai languages with 2.4 million native speakers in Niger. Zarma speakers are predominantly found in the southwestern region of Niger. The Gadal language is spoken by the Igalan and Iberogan ethnic groups who inhabit the central region of Niger.

Other National Languages Of Niger

Niger, being one of the 24 Francophone countries in Africa, has French as one the major languages used in the country. French language is recognized as the official language of Niger and is used as the primary medium of official communication. The language is based on the French language used in France which was brought to the country by French colonialists while Niger was a French colony. French has been incorporated into the Niger education system.

10 facts about Niger that you need to know

Niger or the Niger, officially the Republic of the Niger, is named after the Niger River. Here are some facts about the country:

1: The Niger River is clear, unlike the Nile. This is due to an absence of silt.

2: The official language is French. This is inherited from the colonial period and serves as an administrative language.The country has eight languages that are also classified as national languages.

3: Niger is on the border between Sahara and Sub-Sahara region.

4: Niger is considered one of the hottest nations. It is known as the “Frying Pan of the World.”

5:  The capital of Niger is Niamey.

6: Niger borders seven countries. These include Libya to the North East, Chad to the East, Nigeria and Benin to the South and South West, Senegal and Mali to the West and Algeria to the North West.

7:The country is divided into seven regions with a single Principal District, the capital, Niamey.

8: There are two festivals held by indigenous communities,  namely the ‘Salt Cure festival, a celebration of Tuareg nomads to mark the end of the rainy season and a colorful courtship ritual that is practiced by the Wodaabe which was known as the Guerewol festival.

9: Niger is home to the largest protected area in Africa. It covers  around 7.7 million hectares.

10:  There was a dinosaur discovered in Niger, believed to have been there around 115 to 105 million years ago. It was named Nigersaurus.