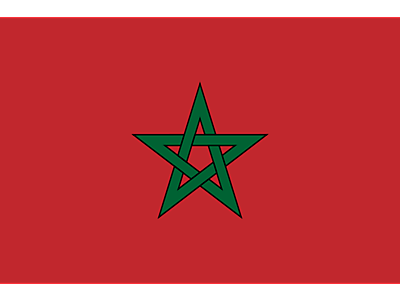 Located along the Atlantic Ocean at the mouth of the river Bou Regreg, Rabat is the capital of Morocco, and an important tourist destination and economic center.

Morocco is located in the northwestern region of Africa, sharing a coastline with both the Atlantic Ocean and the Mediterranean Sea. This country also shares land borders with Algeria and Western Sahara. It covers a total area of about 274,460 square miles, within this area are large tracts of desert and mountains. The country has a population of 33,848,242.

What Type Of Government Does Morocco Have?

The government of Morocco is legally considered a parliamentary constitutional monarchy, although some external sources have claimed that it functions as an authoritarian regime. Under the Constitution, the government consists of a monarchy, Parliament, and an independent judiciary branch. The King of Morocco appoints both the Prime Minister and the members of the Council of Ministers (who the Prime Minister recommends). Parliament consists of two divisions: The Assembly of Representatives of Morocco (325 elected members) and The Assembly of Councillors (270 elected members, although not elected by the general public). The King also appoints the judges to the Supreme Court.

What Is The Capital Of Morocco And Where Is It Located?

The capital of Morocco is Rabat, which is not the most populated city in the country. It is located where the Bou Regreg River meets the Atlantic Ocean. Its population is approximately 577,827; the entire metro area has a population of around 1.2 million.

History Of The Capital City Of Morocco

Although surrounded by ancient settlements, Rabat is considered relatively young for the region. The city was not of significant importance until the mid-12th century when it became a fully equipped military fortress. Under the rule of the Almohad Caliph, Yaqub al-Mansur, Rabat became the capital of the empire. This move gave the city both military and economic importance until the death of the Caliph. His death was followed by a loss of economic and political power in the city and by 1515, its population was only around 100.

In 1627, Rabat joined forces with nearby Salé, creating the Republic of Bou Begreg. This Republic was under Barbary pirate rule and provided a strategic location for attacking passing ships. Although several governments attempted to take control of the Republic unsuccessfully, it remained independent until 1818, when it lost power. The pirates continued attacking ships, however, and Austria retaliated in 1829 after losing a ship.

Present-Day Role Of The City As The Capital Of Morocco

Today, Rabat remains an important city in Morocco and is home to several governmental divisions. The Parliamentary building is located here, which is where laws and budgets are approved. This city also serves as the capital of the Rabat-Salé-Kénitra administrative region (one of twelve) and hosts all of the foreign embassies located in the country. The largest university of Morocco, Mohammed V University, is located here as well as the Hassan II Agriculture and Veterinary Institute. Additionally, Rabat is home to a World Heritage Site and has been recognized as an excellent tourist destination. Other important sectors of its economy include textiles, construction, and food processing.

Morocco is up against a joint bid from Canada, Mexico and the United States when world soccer...

Located along the Atlantic Ocean at the mouth of the river Bou Regreg, Rabat is the capital of...