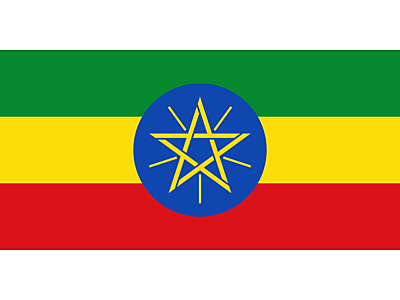 Ethiopia is the oldest independent country in Africa and one of the oldest in the world. Herodotus, the Greek historian of the fifth century B.C., describes ancient Ethiopia in his writings. The Old Testament of the Bible records the Queen of Sheba's visit to Jerusalem. According to legend, Menelik I, the son of King Solomon and the Queen of Sheba, founded the Ethiopian Empire. Missionaries from Egypt and Syria introduced Christianity in the fourth century. Following the rise of Islam in the seventh century, Ethiopia was gradually cut off from European Christendom.

Known as Abyssinia until the 20th century, Ethiopia was ruled by the powerful kingdom of Aksum in the first centuries. In the 15th century, a Coptic Christian empire and the system of rule by absolutist monarch were established. After the 1500s, Ethiopia divided into a number of small kingdoms, which were reunified by Menelik II in the 1880s. Emperor Haile Selassie I succeeded to Ethiopia's throne in 1931. He was deposed in 1974, and a socialist state was instituted under Mengistu Haile Mariam. A year later, the monarchy was officially abolished and Ethiopia became a republic. Mengistu was ousted in 1991 by the Ethiopian People's Revolutionary Democratic Front (EPRDF), which took over rule of the country. In 1995, the government, run primarily by members of the EPRDF, proclaimed the country the Federal Democratic Republic of Ethiopia.

resident Meles Zenawi and members of the Transitional Government of Ethiopia (TGE) pledged to oversee the formation of a multi-party democracy. The election for a 547-member constituent assembly was held in June 1994, and this assembly adopted the constitution of the Federal Democratic Republic of Ethiopia in December 1994. The elections for Ethiopia's first popularly chosen national parliament and regional legislatures were held in May and June 1995. Most opposition parties chose to boycott these elections, ensuring a landslide victory for the EPRDF, originally formed in 1989. International and non-governmental observers concluded that opposition parties would have been able to participate had they chosen to do so. The government of the Federal Democratic Republic of Ethiopia was installed in August 1995 with Meles Zenawi as the acting prime minister. Mr. Zenawi remained in that position until his death in August 2012. Former Deputy Prime Minister Hailemariam Desalegn became prime minister, marking the first peaceful transition of power in decades.

The International Day of the Midwife was celebrated globally on 5 May 2015 and commemorated in...