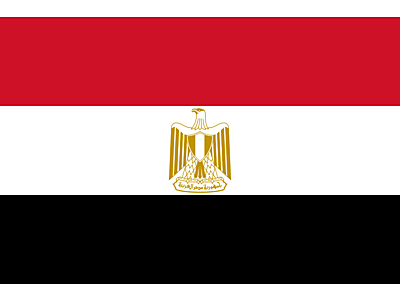 While Egyptian society dates to predynastic societies from approximately 5300 B.C., the Arab conquest of 642 A.D., which brought Islam to Egypt, introduced many of the beliefs and customs of modern Egypt. Frommer's notes that Egyptians are typically relaxed and difficult to offend, but knowing basic etiquette will make your trip to Egypt more enjoyable and productive, whether you're traveling for business or pleasure. Travelers should note that smoking is ubiquitous and that outside of hotels catering to Westerners, smoke-free areas are rare.

Approximately 94 percent of Egyptians are Muslim, and Islam's tenets guide Egyptian politics, economic activity and social life. Coptic Christians comprise most of the remaining 6 percent of population. Egypt's daily papers print each day's five designated prayer times every morning, Egypt's government agencies and businesses observe all Islamic holidays, and all institutions except for emergency services shut down on Friday, Islam's holy day. While most Egyptians don't touch alcohol, it is available and Egyptians don't place a stigma on non-Muslims who drink moderately. The U.S. State Department notes that proselytizing is illegal in Egypt and could lead to the evangelist's expulsion.

An Egyptian's loyalty to his family is paramount, with his ties to immediate and extended family trumping all other bonds and obligations. Egyptians view nepotism favorably because it demonstrates that the person bestowing favor is taking care of his family above all others. Egyptians take honor seriously and consider a verbal agreement binding, as to go back on your word would be disgraceful. An Egyptian's behavior also reflects upon his family, bringing prestige if he acts honorably and disgrace if he behaves poorly.

Dining in an Egyptian Home

Dinner guests customarily bring pastries or candy to the host's home. A gift of flowers is a faux pas, as they're reserved for weddings and for people suffering illness. Egyptians remove their shoes before entering a home and complimenting the host on his residence is considered common courtesy. Egyptians allow their hostess to direct them to their seat for the meal and always use their right hands for eating. Egyptian hostesses consider a guest's request for a second helping to be a great compliment.

A handshake is appropriate between members of the same sex, but a man should wait for a woman to extend her hand before offering to shake hands. If she doesn't, a polite head bow is proper. Egyptians typically offer several dinner and coffee invitations over the course of negotiations and while they rarely respond to a proposal by saying "no," if they don't give you a firm answer it indicates they've declined your proposal. Egyptians address business acquaintances by their titles and expect the same courtesy, considering it rude to address a person by his first name before being asked to. Older business travelers often have more success in negotiations than their younger colleagues because Egyptians value age and experience.

While Egyptian society dates to predynastic societies from approximately 5300 B.C., the Arab...

Egypt’s pharaohs have left an impressive legacy of stone architecture, monumental inscriptions and...