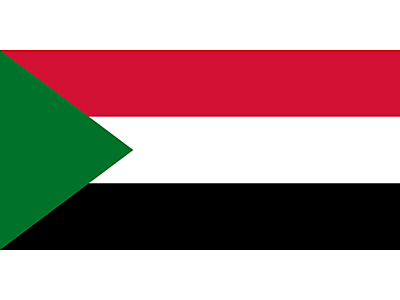 President Omar al-Bashir vowed on Monday to launch a "war on corruption" in a bid to revive Sudan's ailing economy and curb food price rises.

In a strongly worded address to parliament, Bashir said a nexus between foreign currency traders, bankers and smugglers had damaged the economy, already weakened by US sanctions, conflicts and loss of oil revenues since a north-south split in 2011.

"It is clear to us that there is no shortage of foreign currency, but it is the illegal activities of currency dealers and gold and food smugglers that have impacted the economy," Bashir told lawmakers.

"These few people are controlling everything and they have networks in the banking system."

It was this nexus that had caused a sharp fall in the value of the Sudanese pound against the dollar earlier this year, he said.

Fluctuations on the foreign currency black market forced the Sudanese central bank to twice devalue the pound since January.

The pound hit an all-time low in January when it was selling for between 43 and 45 to the dollar, even as the official rate was 28 to the dollar.

"This corrupt network is aiming to destroy our economy by stealing people's money," said Bashir, adding that the government had taken measures to control foreign exchange fluctuations and smuggling.

"We have punished banks and companies who indulged in corrupt practices, and we will continue with our measures... until we get people's money back."

"This is a war on corruption. This war will not stop until the goal is achieved."

Sporadic protests broke out in Khartoum and some other parts of Sudan when food prices surged in January as inflation touched 52%.

For decades the Sudanese economy suffered from US trade sanctions that were lifted on October 12.

The sanctions were imposed in 1997 over Khartoum's alleged backing for radical Islamist groups and over the conflict in the western region of Darfur.

Officials say international banks remain wary of transactions with Sudan despite the lifting of sanctions because Washington had still kept the country on its list of "state sponsors of terrorism".

Sudan's economy was also hit by the loss of 75% of oil earnings following the north-south split, in turn impacting the country's key source of foreign currency used for food and other imports.

Sudan used to be the largest country in Africa and the Middle East (area wise), before the country...

President Omar al-Bashir vowed on Monday to launch a "war on corruption" in a bid to revive Sudan's...